In mathematics, symmetry is the property that divides a geometrical shape into two identical halves. Heart shape, an equilateral triangle, and a rhombus are all examples of symmetry. Such shapes are called symmetric.

We often come across symmetry in nature. For example, the wings of a butterfly, a star fish, feathers of a peacock hives of honeybees, or snowflakes are symmetric by nature. There is also symmetry in the English alphabet.

Several man-made objects also show symmetry like the pyramids of Egypt, the Taj Mahal and several others.

In contrast, any shape that cannot be divided into equal halves is called asymmetric which explains the difference between symmetry and asymmetry.

The halves are exact mirror images. Thus, when we fold the shape along a line of symmetry, the halves overlap entirely with one another.

A shape can have one, two, or more, or even an infinite line of symmetry.

We can observe symmetry in a shape when we turn, flip, or slide it. Accordingly, there are following types of symmetry:

A shape shows translational symmetry when they are moved from one position to another with the same orientation in the forward and backward motion. It is sliding of an object about an axis.

A shape shows rotational symmetry when we rotate it around a central point at an angle other than 360°, and the outcome is the same as the shape’s original appearance.

A shape has a reflectional (reflective) symmetry if the line of symmetry divides the object into two equal halves such that each half is a mirror image of the other. It is thus nothing but line symmetry we studied earlier.

A shape has point symmetry when every part of an object has a matching part in another object but in the opposite direction. 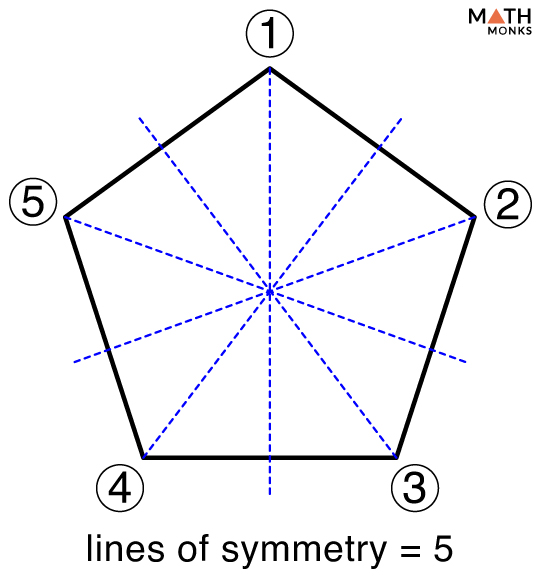 How many lines of symmetry does a pentagon have?

A pentagon has 5 lines of symmetry. 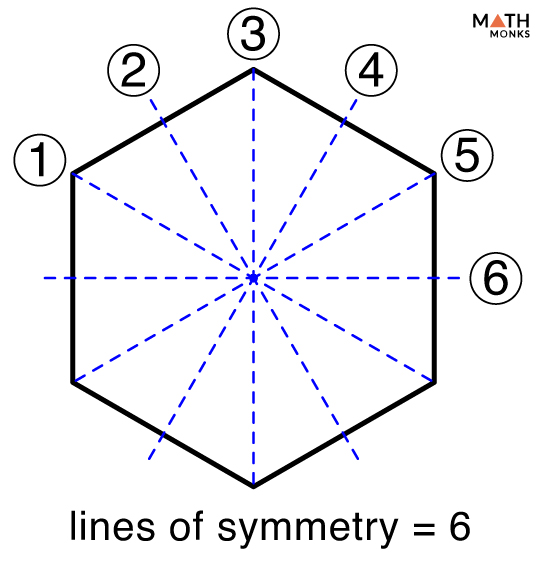 How many lines of symmetry does a hexagon have?

A hexagon has 6 lines of symmetry 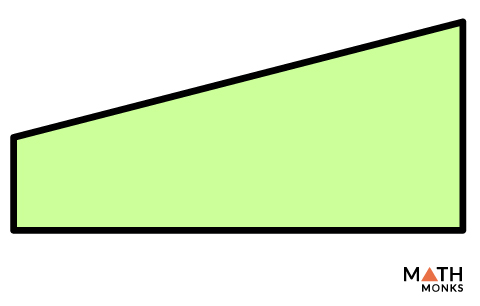 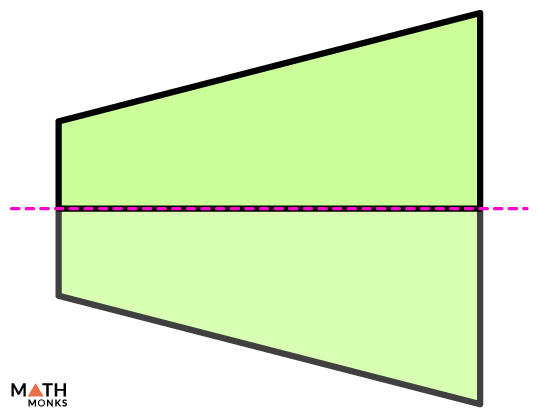 Which letter has rotational symmetry?

Ans. Letters such as I, J, K, and L have rotational symmetry.

© 2023 Mathmonks.com. All rights reserved. Reproduction in whole or in part without permission is prohibited.